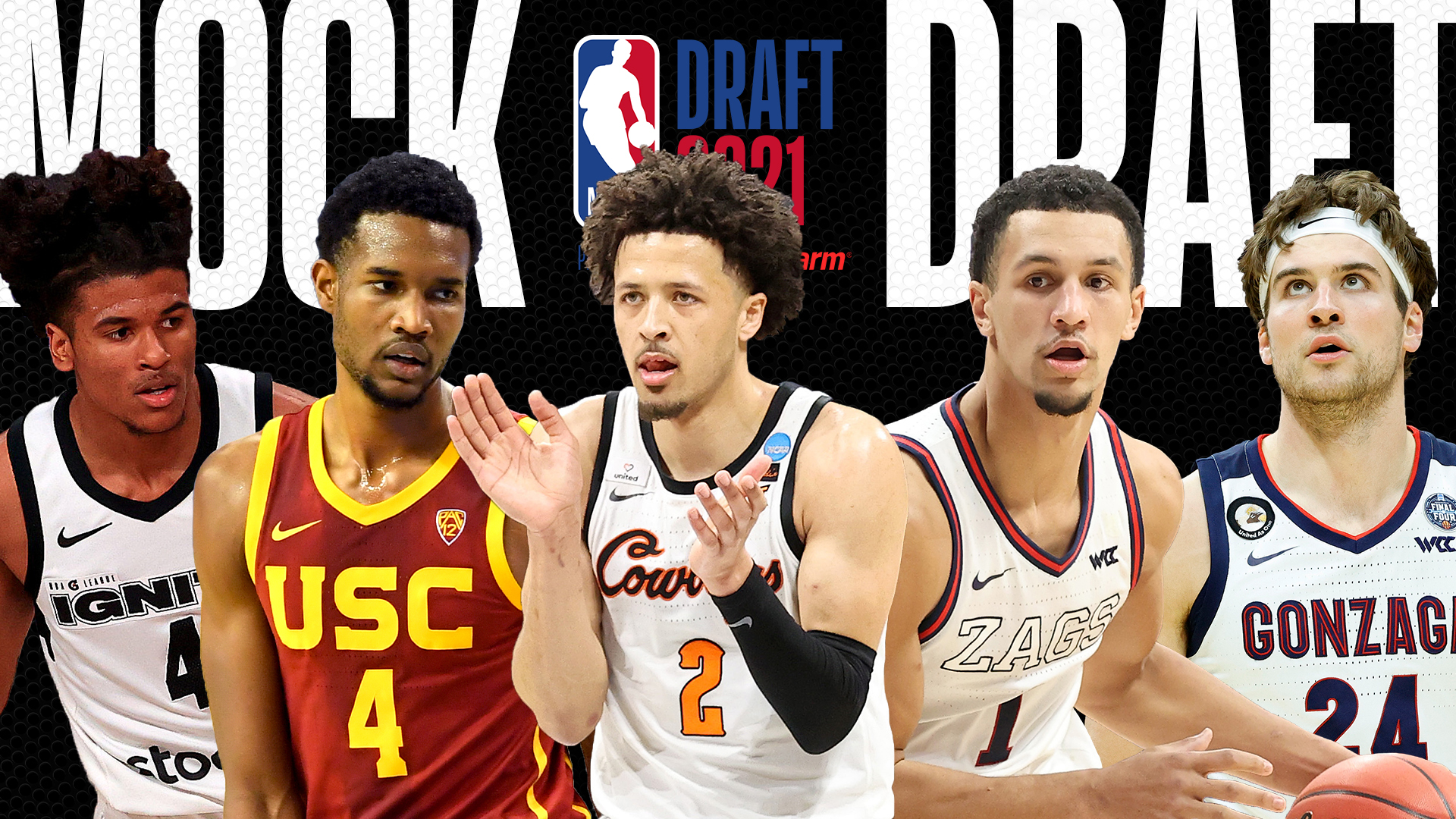 Today is the day it's finally here..... The 2021 NBA draft. Today I'm going to be talking about my takes and who I think will be the top 5 lottery picks of the 2021 NBA draft. Will we also go over what teams hold the 1-5 pick and why I think those teams would draft that player that I choose. So without further ado.. let's get into ittttttt.

Here below is a complete and updated list of the top 5 draft picks in the upcoming 2021 NBA Draft.

Now with the pistons you can't go wrong with any pick honestly since they lack at every single court position. But Cade Cunningham might be the wises choice to pick. He is a very dynamic efficient 3 level scoring guard with an intelligent approach to playmaking. Cade is in my eyes sitting very comfortably at that number one spot.

Not to much of surpise here considering the rockets did just hit full rebuild mode. Jalen Green is a very all around talented scorer who can space the floor and ball handle. Now this is my choice because the rockets are in need of a scoring guard that can play the PG and SG, john wall is aging and on a enormous contract, Eric Gordon being offered to teams around the league and with a star breakout performance from Christan Wood. We can almost be 100% certain that the rockets take Jalen Green with the 2nd pick.

This pick here in my eyes can go in sooooo many different ways and its sooo questionable but probably the best left in the draft but I don't know if it's the best choice for the team. The Cavaliers are honestly already a team full of young promising stars that they previously drafted or acquired via trade. Mobley is a high-impact performer and potential franchise centerpiece, and very skilled. Two-way big men of his caliber don’t come around that often so get them while you can. But the question is, is he a good choice since the Cavs do also have a good Center jarret allen who is becoming a free agent if he doesn't pickup his player option. Considering the Cavs are going to want Mobley get as much time to develop. i Honestly I don't see Allen picking up his player option with the Cavs. Jarret is not a bench player he deserves a starting spot on a contending or buying team.

Again another pick that's not that much of a surprise considering how the raptors were offering Kyle Lowry to multiple teams in the league and showing no interest on resigning the 35 year old Guard. But one thing I will not be surprised if the raptors choose to trade that pick to a rebuilding team to acquire and star caliber player but that's if they choose to try and get back into contention talks again. But if they do not trade this pick mark my words. Pascal Siakam will either request a trade or be traded.

This I personally believe would be a very good pickup and fit for the Magic who already have a Decent PG,SG,PF and Center. The small forward position is something they really lack in depth and starting caliber. Kuminga a forward who is very athletic and coordinated but lacks a efficient jumpshot and plays some dominant ball handling basketball and in today's game where most forwards and guards are shooting more efficiently. Shooting is going to be a big downfall for him. But he's only 18 years old there is plenty of space to improve. Over the next two years he can possibly become up to par with corner shooting or even gain a knockdown midrange. His skills and age to improve are to high to pass up on.