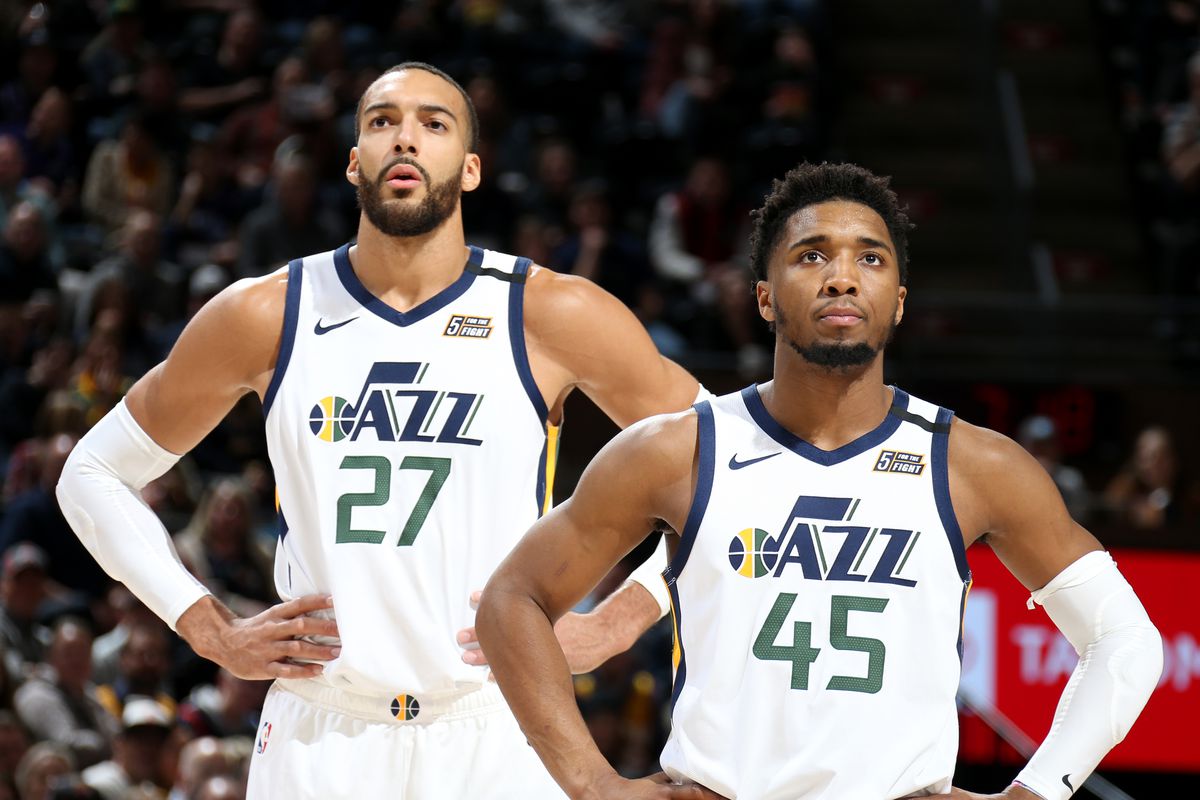 The Utah jazz have officially clinched the number 1 seed in the western conference for the first time since 1997 when they had Karl Malone and John Stockton in the finals against Michael Jordan, I know you guys remember the legendary MJ shot to seal off the finals win. But in all honest opinion I really don't think the jazz have any potential to make it out the second round if not the 1st have you guys seen how the warriors have been playing lately? Steph Curry has been on another level averaging 34.9pts , 5rebs and 4.8 assist and with the Jazz two star players Mike Conley (hamstring) and Donovan Mitchell (ankle) both battling injuries there chances are looking really slight if these two can't manage to stay healthy when the team needs them most. Last game Donovan Mitchell played was on the 16th of august in a win against the Indian pacers but the team has been 8-6 since his injury and most of those losses has came from key win opponents, the Golden State Warriors, Portland Trail Blazers,  LA Lakers and the Phoenix Suns. Now these are some key losses being the number one seed and losing to 3 teams 6th seed and below that they could possibly play in the playoffs. But if Donovan Mitchell and Mike Conley can become healthy again then maybe this team can make some noise in the playoffs just maybe.